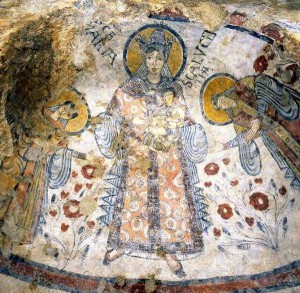 Basilicata is still one of the least known and most unpolluted regions of Italy and this is certainly one of its strong points: its immense protected areas (among which the Pollino, the largest Italian National Park), its extremely various coasts, its picturesque historic centres and its snow-capped mountains make it a destination suitable for all tastes, a gem not yet discovered and miraculously not yet contaminated by fast food and mass tourism.

Matera’s Paleolithic setlements, the “Sassi,” are inscribed on the UNESCO World Heritage List, along with Matera’s numerous rupestrian churches. Taking a walk along the lanes of the Civita, the oldest part of the town, you enter the ancient urban area formed by a dense network of caves, dug out of the rock by shepherds to shelter their family and livestock. It is an ancient architectural work with no design, which gave rise to a real monumental work, attracting millions of visitors from all over the world.
This place is so singular that is was chosen by the famous actor and director Mel Gibson as the setting for his movie “The Passion.”

Entrusting your discovery of Basilicata to our  guides, you have the certainty to address skilled professionals and to be supported in your experience by Certified Tour Guides of the Basilicata Region.

The Sassi of Matera Walking Tour

The “Sassi” of Matera (“Stones”) belong to UNESCO World Heritage since 1993. In fact they represent one of the most enchanting landscapes in the...
from € 24.00 p.p.
Book Now!